While most modern clothing is either formal (suit and tie, polished leather shoes, button-down shirts) or purely casual (jeans, hoodies, biker jackets, trainers), there are some clothes that have a foot in both camps (Chelsea boots, shirts and trench coats spring to mind). But the ultimate smart casual crossover is chinos.

It’s hard to think of an occasion where a pair of chinos would be completely out of place, especially if they’re black. That makes them a smart choice if you’re the type who likes to go for a drink after work, or if you have a job that’s half in the office and half out and about. In fact, as an alternative to jeans they’ve stood the test of time equally well.

So let’s look a bit further into these versatile trousers – what they are, where they get their unusual name and how to wear men’s chinos with style.

Why are chinos called chinos?

Chinos get their name from the country where the fabric was originally made: China. The cloth used for British and French military trousers was woven there, so they became known to the French as “pantalones chinos” (literally Chinese pants). The name just got shortened, thankfully.

Chino cloth is still a thing, but the trousers have more or less taken over the meaning of the word.

What type of fabric is chino?

Chino was originally a 100% cotton twill fabric, and it largely remains this way, although nowadays man-made fabrics are sometimes blended to provide stretch and durability. Because of the military links, the beige colour is the most iconic chino fabric, but it comes in any colour, as well as black or white.

The fabric dates back to the 1800s, and chino pants were worn by American soldiers in the Spanish American War of 1898. Returning soldiers wore them back home as they were comfortable and hard-wearing.

Are chinos the same as jeans?

Denim uses both light and dark threads woven together to give a diagonal pattern; look closely at jeans and you’ll see it. It’s also a heavy thread, which makes jeans thick. Chino uses a finer thread in just one colour, so they’re softer and lighter with consistent shade.

Like jeans, chinos became a popular fashion item in 1950s America before crossing over to Europe. They couldn’t challenge the denim juggernaut, but casual chinos came back strong in the 1980s, and then from the 2010s onwards.

Now they’re a fashion staple, and if you want to boost your green credentials, you can choose sustainably sourced chinos – also available in other colours.

What is the difference between chinos and trousers?

Chinos are a type of trouser, but most people use the word trousers to mean legwear that’s more formal than jeans, cords, cargos or chinos. So you’d be right to say you were wearing trousers if you had chinos on, but you’d never call your suit pants chinos.

Are chinos acceptable for work?

All employers have their own dress codes, but chinos certainly count as business casual unlike jeans or work trousers. Black or navy chinos would need close inspection to tell them apart from suit trousers. Slim-fit chinos with a white shirt is a workplace staple. 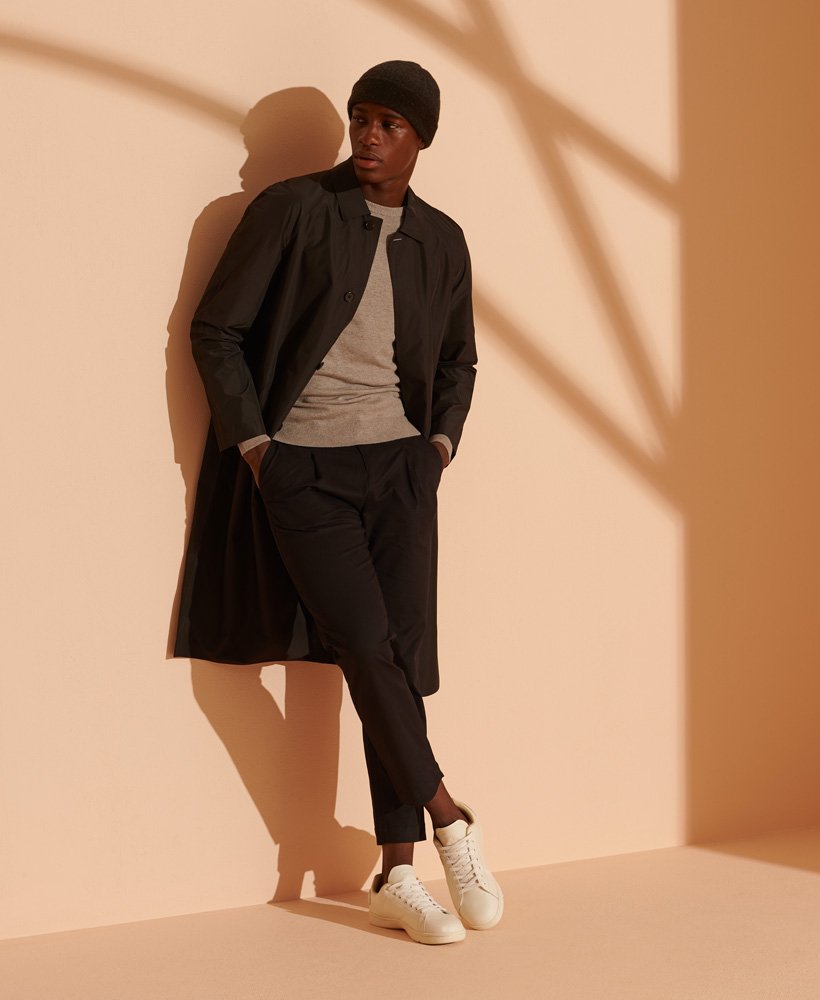 Chinos occupy that space between casual and formal, but they’re not technically formal. Their military roots mean they would have originally been worn by all ranks, and they wouldn’t be out of place in semi-formal events like business meetings and parties. You couldn’t say the same for jeans.

If you’re visiting one of the prestigious rowing regattas or boat shows and you’re looking for outfit ideas, you’ll blend right in with a pair of khaki chinos paired with a polo shirt or lightweight cotton shirt. That probably sets the tone for chinos’ maximum formality level. There’s no such limit in the other direction, though – any casual occasion is chino-friendly. 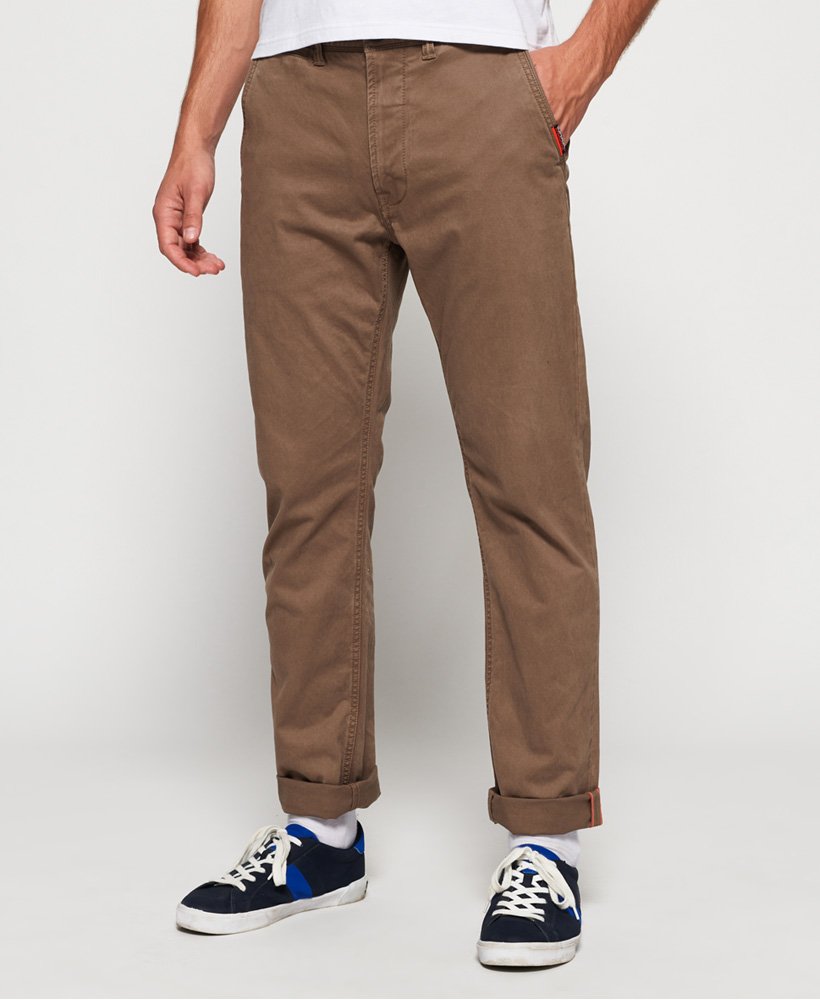 If you’re new to chinos, don’t worry – just wear them as you would jeans. They’ll be just as complementary with a hoodie or sweatshirt as they would with an open-necked shirt or tee. And again, on your feet they’ll go well with any shoes, boots, deck shoes or trainers. They’re a genuine all-rounder, so shop now to add this essential to your wardrobe or grab a few more style options first with our guide to Everything You Need To Know About How To Wear Chinos.